How Do Nuclear Plants Work?

In a nuclear-fueled power plant – much like a fossil-fueled power plant – water is turned into steam, which in turn drives turbine generators to produce electricity. The difference is the source of heat. At nuclear power plants, the heat to make the steam is created when uranium atoms split – called fission. There is no combustion in a nuclear reactor. Here’s how the process works.

There are two types of nuclear reactors in the United States:

Pressurized Water Reactors (also known as PWRs) keep water under pressure so that it heats, but does not boil. This heated water is circulated through tubes in steam generators, allowing the water in the steam generators to turn to steam, which then turns the turbine generator. Water from the reactor and the water that is turned into steam are in separate systems and do not mix.

View a detailed description of the process.

In Boiling Water Reactors (also known as BWRs), the water heated by fission actually boils and turns into steam to turn the turbine generator. In both PWRs and BWRs, the steam is turned back into water and can be used again in the process.

Power plants are one of our current substantial power energy resources that we rely on. However they have their very controversial bad points. They are highly linked to global warming and some may say one of its biggest contributors.

This is what I have taken my information from to gain an idea of what the population of the world is.

This piece inspired me on how I could perhaps demonstrate modern fuels and how we are running out of them. Braking the world into pieces could literally illistrate how it as a gift from earth that we are miss using.

Good to see you on this page. Fossil fuels as energy sources may be out of favour but once you have gone through this information with me you may agree that they are not a boring subject…

Or should that be a drilling subject?…  Sorry!

Most scientists accept that fossil fuels as energy sources have humble beginnings as plant life, which was fossilised over great periods of time. For oil this commenced up to 3 billion years ago, but predominantly 100 to 600 million years ago.

Generally fossil fuels as energy sources are recognised to constitute

Coal is the most abundant of fossil fuels.

In this range anthracite is the hardest. It has the highest carbon and lowest hydrogen and oxygen contents, and has the best heating value, with peat having the lowest.

Coal is formed into: 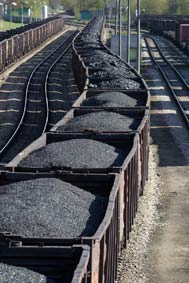 It formed into these various substances according to the amounts of heat and pressure, applied during the geochemical stage of coal development.

Fossil fuels as energy sources are in decline.

Oil has shaped our global civilisation through its plentiful and cheap supply thus far. Oil and gas together supply over half the world’s energy supply. But oil supplies are in decline in 33 of the 48 largest oil producing countries.

The main oil producers are the OPEC countries, with 40% of the world’s share. North American and North Sea reserves are declining while supplies of oil and gas from Russian and Caspian Sea supplies could rise.

Natural gas is mostly methane. Again, most scientists agree that natural gas was also created from plant matter, perhaps at the mouths of rivers where this plant matter could not be converted to coal. Some methane gas however originates in the primeval gas cloud that formed the solar system. Therefore it is not solar in origin.

Gas is a cleaner energy source than oil or coal. Its global demand is projected to grow at 2.8% annually up to 2025. This is at greater rate then that for oil. However, the infrastructure for the distribution of gas makes it an expensive form of energy.

People have used fossil fuels as energy sources for a long time. The Aztecs and Romans in Brittania used coal for heating. Unrefined petroleum was already in use around 5000 years ago. The ancient Persians used it for lighting and medicinal purposes and the Chinese have also long used skimmed oil for lighting.

The use of natural gas also stretches into antiquity. Where natural gas seeped to the Earth’s surface, lightning strikes would sometimes light these gas flows.  When found such clear-burning flames where thought to be divine in origin. Hence the temple of the ancient Greek Oracle of Delphi was built around such a flame.

The Chinese, around 500 BC were the first gas entrepreneurs. They used bamboo as pipelines to transport gas. The British first commercialised this resource and by 1785 they used it to light street lamps and homes. The Americans of course were the first to build the first long pipeline in 1891. It carried natural gas to Chicago from wells in central Indiana.

Nowadays fossil fuels are used for a myriad of purposes, fitting within the following categories:

The exploitation of vast reserves of fossil fuels has enabled industrialisation on a scale never seen before—the industrial revolution. It has brought great prosperity through the production of all kinds of products that make life comfortable and interesting. 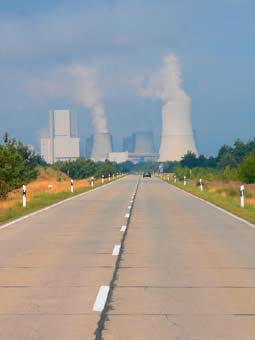 Oil is perhaps the most versatile with uses in medicine, fertiliser, plastics, fuel, lubricant and so on.

But the industrial age, coupled to consumerism, has also brought global warming.

And of course global warming is to a significant degree caused by greenhouse gases.  Notably these are primarily carbon dioxide and sulphur, produced by our unbridled use of fossil fuels as energy sources. Much of this effort is in aid of ‘Progress’…and profits.

The West’s ecological footprint—yours and my use of energy—is now too big – 25% more than the Earth’s carrying capacity!

The problems this causes will multiply with current steep worldwide rises in energy use, even as we start running out of oil. For instance, by 2030 worldwide energy use will rise by another 67%, through the growing energy use of India and China alone!

Some reports predict international and local conflicts over basic natural resources, like water and access to fossil fuels. Perhaps we are witnessing examples of such conflicts already.

Fossil fuels are finite, whichever way you look at them. But, they will probably continue to be significant energy sources for decades to come. Increased demand for them presents huge political, social and environmental problems.

Further exploration for fossil fuels is continuing. The growing prices of its products make it feasible to use new technologies to extract oil and gas where cost of doing was prohibitive not long ago.

These technologies allow exploration in deep ocean water, previously inaccessible. As prices increase these technologies may also allow the production of hydrocarbons from oil sands and shale

Shale is fine-grained, dark brown or black rock containing oil deposits. After all, it is believed to have a greater energy content than all of Saudi Arabia’s oil.

Advantages you mutter? I thought fossil fuels were a problem! Yes, they are now but they have also given us many things that we appreciate.

The advantages of fossil fuels as energy sources have been their

Most of these advantages are no longer true and their ubiquitous use in combustion engines is turning against us.

These problems are too big for governments! Governments will follow where you lead. So, again, it’s over to you as the one to make a difference.

You can make a real difference in your own life through what you do and buy everyday. It’s not just a question of doing more, or working in cleaner ways with fossil fuels as energy sources. We seem to be beyond that point.

How do you get to work?What work do you do? What transport do you use? How is your home designed? How do you relate to others, and to your environment?

This article informs me of the pressure on our earth and sways me to the decision that it is not in  the goverments control to save our planet but the control is in our own hands.